Archive for the tag “moon”

An enormous asteroid sharing the same orbit as Mars, may very well be a lost chunk from our moon. Not only does it possess a completely different composition than other asteroids orbiting Mars and nearby planets, but it also has an identical structure of some parts of the lunar surface.

Anton Petrov, host of What Da Math, says the Mars asteroid-moon connection is theory at the moment, but definitely warrants a space mission to gather samples from the rock. “We might be able to discover other mysteries about the moon and, of course, the Earth as well,” he says. Here’s more with Petrov.

Posted in Dazzle Me with Science and tagged Anton Petrov, asteroids, Mars, moon, What Da Math | Leave a comment

Untold Story Of The Moon

What really happened on the Moon? Why haven’t we gone back to the Moon since the days of Apollo? What are the NASA whistleblowers saying. McAllister TV ventures Into The Unknown.

Humans  have been sending signals into the cosmos for more than 100 years, and the United States and China space programs appear to be upping the ante. In an attempt to position itself as a leader in space exploration, China in January completed the construction of a massive aperture spherical telescope to detect mysterious, fast radio bursts in its search for extraterrestrial life. The move has prompted a plan by our government to establish a bigger telescope on the surface of the Moon. The race for dominance in space has indeed intensified. Here’s more from Buzz Weaver of The Lost History Channel.

It appears that our planet is home to the only intelligent life in the universe. But why? The answer might be that planet Earth is more unique than we’ve previously assumed. The rare-earth hypothesis posits that a range of factors made Earth exceptionally unusual and uniquely able to produce intelligent life. Host Matt O’Dowd breaks down the details in PBS Space Time.

Race to Mine the Moon

The moon is shaping up to be a critical destination in the 2020s. The big vision is to establish the lunar surface as a celestial boomtown, where new technologies can be tested and the moon’s raw materials can be harnessed to power future missions. In this episode of Seeker, learn NASA’s plans to send rovers to the moon to mine space’s resources.

Posted in Dazzle Me with Science and tagged mining, moon, NASA, Seeker | Leave a comment

Our Sun holds 99.8 percent of all the mass in the solar system and it exerts twice the gravitational pull on the Moon than the Earth does. So why is it that the Moon orbits Earth and not the Sun? Around everything in space is a volume where the gravity of the thing in the middle beats out the gravity from something farther away, even if it is more massive. This phenomenon is called the Hill Sphere, where the Earth’s gravity dominates. Science writer and educator Dr. Joe Hanson explains further in this episode of It’s Okay To Be Smart.

Posted in Dazzle Me with Science and tagged Earth, gravity, Hill Sphere, It's Okay to be Smart, Joe Hanson, moon, sun | Leave a comment

Space X founder and CEO Elon Musk says he envisions a future when we will revisit the Moon and land a man on Mars for the very first time. Musk dreams of the day when reusable rockets will transport people to the Moon and Mars and he’s focusing on humans becoming a multi-planet species. “Sending crews to Mars in four years, I think that’s sounds pretty doable, Musk says. “Internally we’ll aim for two years, but in reality it might be four.” Musk speaks to Time Magazine editor-at-large Jeffrey Kluger on CBS Sunday Morning.

Two stunning films show German “flying discs” perfected by the Nazis in WWII. If these films are real — and not forgeries — then it’s clear that reports we have heard through the years of flying saucers might actually just be craft perfected by German scientists, technicians and craftsmen brought to America after the war ended, as part of Operation Paperclip. These films were published on YouTube near the end of May by Jeff Rense. We visit his website periodically to read news reports, mostly by Japanese journalist Yoichi Shimatsu, dealing with Pizzagate, Satanists, NXIVM, Jeffrey Epstein and related topics. In other words, all the news the news never prints!

Mars, Germany and the Secret Space Program. While the idea of anti-gravity space flight, or a breakaway German colony on the Moon, or a subterranean UFO base in Antarctica, might all sound like science fiction, what can be said for certain is that they are not new ideas, nor do not seem to be easily explained away. My name is Robert Sepehr, thank you for keeping an open mind.

If anti-gravity and free energy technology exists, as some have claimed, then why is it being kept secret? Could there really be a breakaway civilization that uses such advanced technology, or a secret space force, as some eyewitnesses have claimed. And if so, how would the government go about disclosing any of this, assuming it actually wanted to? 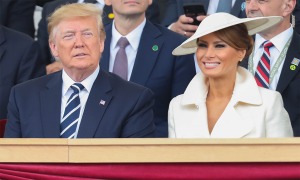 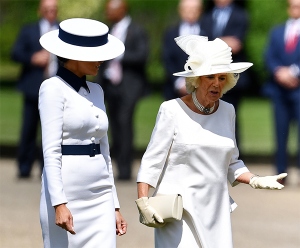 Astronaut and ufologist Edgar Mitchell, who piloted the lunar module in Apollo 14 and became the sixth man to walk on the Moon, bluntly states that we are not alone in this universe.

“At the time I went to the Moon, it was the conventional wisdom–both in science and theology–that we are alone in the universe,” Mitchell says. “Because of my openness to these things, I did have many of the old-timers and the military in the intelligence community over the years wanting to get it off their chests before they passed away, and they allowed me to interview them and talk to them about it. So my ideas became well solidified in that we’ve been visited.”

Mitchell says that following World War II, the government came to the conclusion that the UFO phenomenon was alien and opted to deny it and hush it up. The National Security Act of 1947 validated this deception.

While the idea of anti-gravity space flight, or a breakaway German colony on the Moon, or a subterranean UFO base in Antarctica, might all sound like science fiction, what can be said for certain is that they are not new ideas, nor do not seem to be easily explained away. My name is Robert Sepehr, thank you for keeping an open mind.