How To Fight Big Tech

Dave Rubin of The Rubin Report talks to Patrick Byrne, entrepreneur and former Overstock CEO, about the social media purge, social media censorship, the false history of fascism, and what we can learn from China. Patrick details how he founded Overstock.com and the importance of freedom of speech. He shares how the social media ban affecting conservatives and the Big Tech banning Trump from virtually all social media platforms will only create a demand for more alternatives like Locals.

He shares why he thinks Section 230 should be repealed. He also shares how Milton Friedman convinced him to become an advocate for school choice and why so many people have a poor knowledge of history. Patrick explains the leftist roots of fascism and socialism, as well as what China does right that America could learn from.

Author, researcher and retired Professor James Fetzer makes his debut appearance on SGTReport to discuss the war that was declared on America on November 3rd, and the response from Patriots who are ready to fight to save our precious Republic.

1.2.21. Game On! Offensive measures initiated! Hold the Line, Patriots! More from And We Know.

The art of the deal is alive and well in the White House. While the corrupt and Left-leaning mainstream media are up to their old tricks, blaming Republicans for the delay of the coronavirus relief bill, President Trump has brilliantly backed the Democrats into the proverbial corner. In other words, the President’s relief bill isn’t what you think it is.

Rest assured the President is in complete control. When he signed the bill earlier in the week, he did so to avoid a government shutdown, but also added provisions to cleanse it of wasteful spending and forcing Congress to address voter fraud, remove pork (such as sending money to Pakistan for gender programs) and to amend Section 230, a law that shields internet companies from liabilities. In addition, Trump has invoked The Impoundment Control Act of 1974, which gives him 45 days after signing the legislation to tweak it as he sees fit. If these provisions are met, only then will he agree to the $2,000 stimulus relief checks for Americans.

Says Riss Flex, “By signing this bill, President Trump is utilizing the art of the deal to give Congress another opportunity to do the right thing.” Here’s more with Flex, who also gives us an update on Chinese Communist Party news.

U.S. Rep. Tulsi Gabbard, D-Hawaii, has introduced legislation in the House that would break up the Big Tech companies practicing gross censorship. President Donald Trump is trying to do the same, but his moves aren’t as likely to go far, says Styxhexenhammer666. But he believes Gabbard’s bill might actually start to rattle the cages. The aim of the bill: Remove these firms’ 230 protections, with the “protections to be removed from firms that act as publishers.” This is what we have been advocating now for a couple of years.

Why take action? Because the Big Tech firms are pushing a gross and crass censorship that is so un-American they might as well move their headquarters from San Jose to Tierra del Fuego. They don’t want the American public to have debates or exchange information independently. Facebook, Twitter and Google/YouTube want to dictate what you should believe and decide who you can elect President. We wonder who gave these firms such gargantuan rights especially considering how they are trying so hard to strip away all of our rights and destroy the U.S. Constitution. More from Black Pigeon Speaks.

On Cusp Of Military Control

Trump and the patriots know the playbook of the [Deep State]. They are using their plan against them. The [election] fraud is off the charts and now the evidence is being produced. We are now seeing video evidence and other evidence. This is just the beginning. The [DS] plan lets us know they will be trying to create delays in the electoral counting. They are trying to make it so nobody becomes President, then call on the military. Trump and the patriots know the playbook. It begun in with the Keystone State and will end there. Military control, constitution is the only way forward. More from the X22 Report.

Jordan Sather of Destroying the Illusion has a jam-packed videocast, delving into the strange monoliths appearing across the nation, the Michigan election fraud hearing, the renewed controversy surrounding Attorney General William Barr and whether the Department of Justice is investigating the many irregularities reported this election cycle. Jordan also gets into the covid-19 news and President Donald Trump’s push for abolishing Section 230.

Democratic walls are coming down. Listen as Michigan voices rise up to challenge  and tear down these walls.  More from And We Know.

Bob Rinear of InvestYourself.com and TheInternationalForecaster.com joins the SGTReport to discuss election fraud, the war being waged against our nation and how to protect yourself and your family when the sh#t hits the fan.

The Beast System And Covid-19

A SGTreport.TV exclusive interview with Catherine Austin Fitts & Dr. Sherri Tenpenny about Covid-19 and the Beast system to come Thanks for tuning in! I’m making this public now because it’s simply too important to keep as a members-only exclusive.

Rediscover your freedom of speech with Skrewem! More from In Pursuit of Truth.

In Jordan Sather’s latest Destroying the Illusion video, he discusses President Donald Trump firing Henry Kissinger. Also, what can we make of Dominion Voting System’s dumb response to Sidney Powell’s corruption lawsuit. In addition, Sather gets into President Trump’s proposal to remove Section 230 protections for social media platforms like Facebook and Twitter, engaged in blatant censorship against conservatives and Christians.

We’re all in trouble. The social media platforms are transforming our democracies into regimented, censor-dictated Communist states. Doesn’t matter if it’s Australia, Great Britain or the United States, the storm clouds are darkening and the fascists are on the rise. More from The Sargon of Akkad.

The Biden candidacy is effectively over, says Steve Turley. The Big Tech censorship of bombshell emails is backfiring. Americans know the mainstream media and social media platforms are run by hardcore Liberals, but the public is not going to accept outright lies or bald-faced censorship.

Bill Still says the Federal Communications Commission will implement rule changes to remove Section 230 protections for social media platforms. These will mean Twitter, or YouTube, or Facebook, can be sued for defamation and libel, same as newspapers or television stations. Makes sense with social media platforms clearly acting as publishers by choosing the censor content that doesn’t fit these outfits and their predominantly Leftist positions. 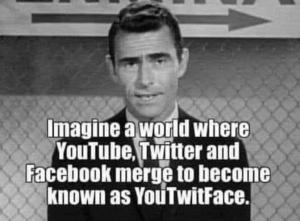 Winter Is Coming For Big Tech

Big Tech is up to its shenanigans again. More specifically and disgustingly, Twitter and Facebook are back to their censorship tricks, putting the kibosh on a pair of New York Post stories alleging the Biden Crime Family’s dealings with Ukraine and China.

The revelation has drawn the ire of conservatives, including Arkansas Sen. Tom Cotton, who issued a terse message to these social giants: Winter is coming. Cotton was alluding to Section 230 of the Communications Decency Act, which says no provider or user of an interactive computer service shall be treated as the publisher or speaker of any information provided by another information content provider, basically safeguarding them from lawsuits.

Says Cotton, “Section 230 has been too broadly interpreted to give Big Tech complete immunity. Given just how deeply in the pocket of the Democratic Party they are, these Big Tech oligarchs have completely thrown in with Joe Biden and I think it’s time that we consider the outright repeal of 230.” Here’s more with Cotton on “Mornings With Maria” on Fox Business News.

What were the Chinese burning at their consulate in Houston, Texas? Would you believe fake mail-in ballots? Seems the Chinese are so interested in seeing corrupt and dirty Joe Biden elected that they are now running his mail-in campaign. Don’t look now, or we’ll soon have Marxists in our government. More from Black Conservative Patriot.

Meanwhile, why are the Chinese sending seeds to Utah and Kentucky, as well as possibly several other states? The seeds come marked as packages of jewelry. But experts believe they might instead contain the seeds of invasive plant species. China already seems to have opened a massive biological warfare campaign against the world with the coronavirus pandemic. Is germ warfare their next move?

In Pursuit of Truth explores this topic in a new video called When the Levee Breaks. That, of course, is the name of an old Memphis Minnie blues classic, popularized by Led Zeppelin in 1971.

Also in this video: YouTube, Twitter and other social media platforms step up their censorship campaigns. Do the Democrats have any other tricks besides acting like Chairman Mao?

The [Deep State] is in a panic, and thus its heavy censorship. They cannot stop the truth. They cannot hide any longer the true nature of their crimes against humanity. Here, And We Know delivers his first video since getting censored himself by YouTube. Much of the focus here is on Attorney General William Barr and his appearance before the House Judiciary Committee.

The [Deep State]/Mainstream Media panic level is now off the charts. They are trying to control the narrative but it is not working. People are being shown their true agenda. The trap has been set and optics are very important. Nothing can stop this. Nothing. More from the X22 Report.